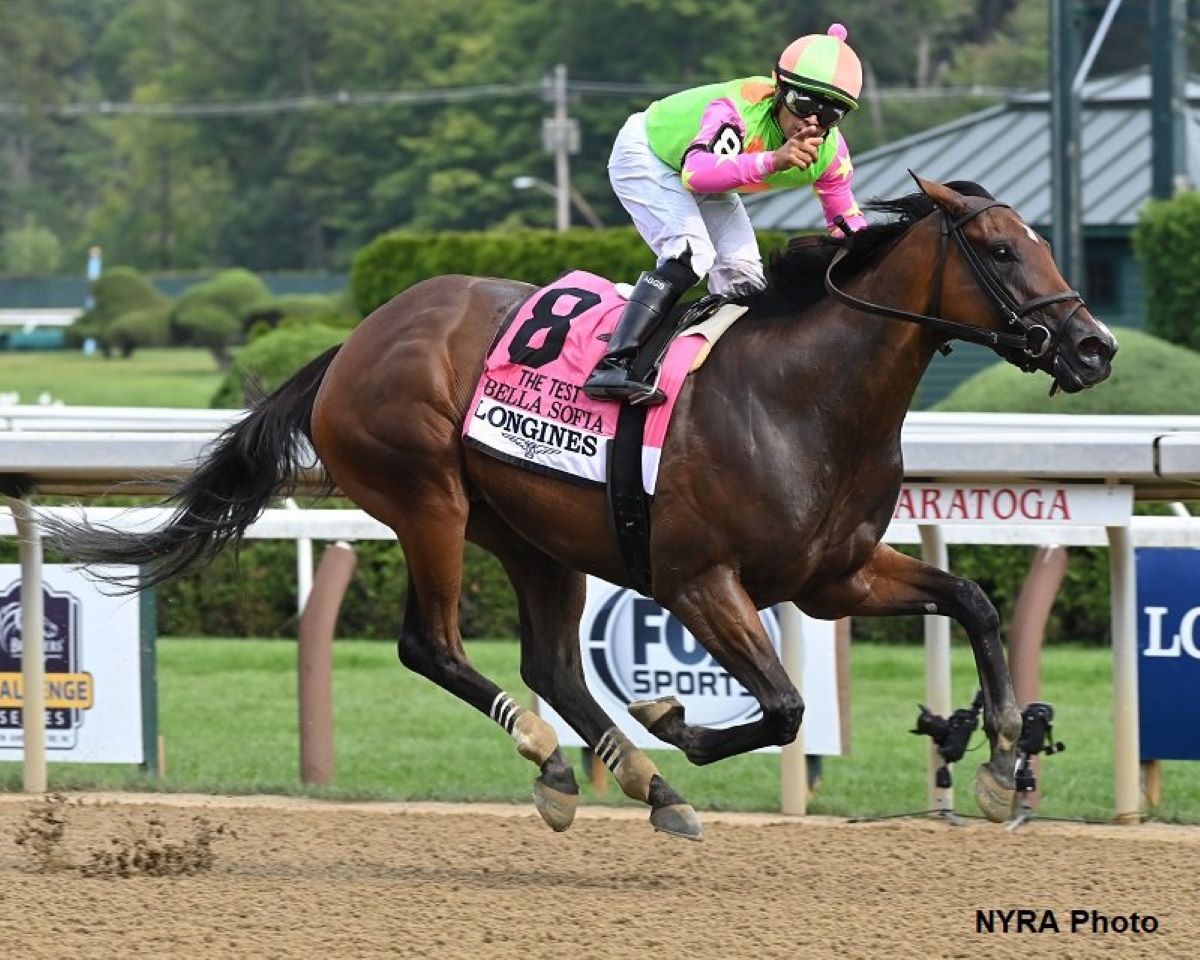 All five races are graduated-stakes events, with all five on Belmont Park’s Saturday card. This map features 11 races in total and is central to this weekend’s North American racing universe between the Kentucky Derby and next Saturday’s Preakness Stakes at Pimlico Race Course.

This week’s Cross Country Pick 5 opens with Belmont’s third race: the Grade 3 Vagrancy. This 6 1/2 furlong sprint on the main track is for fillies and mares 4 years and older and its suitors start with Bella Sofia. Winner of the Grade 1 Test Stakes in Saratoga last year, Bella Sofia opens her 2022 campaign six months after finishing fourth in the Breeders’ Cup Filly & Mare Sprint in Del Mar.

She can be pushed by Miss Brazil, who is looking for her first ranked stakes score. After winning an allowance in April, she picked up a black-type victory, in the Ruthless Stakes 16 months ago at Aqueduct. But Miss Brazil’s only graduated stakes outing produced a third at the Grade 3 Victory Ride at Belmont last July.

Refereeing comes in fourth against fellow Florida in the Tampa Bay Downs Sprint in April. Draft comes in a distant fifth in the 1st-year Carter Handicap on the Wood Memorial undercard in April.

The day’s only Grade 1, the Man o’ War, is the middle leg of the Cross Country Pick 5. The 1 3/8 mile indoor turf race brings Eclipse Award-winning Yibir back to the United States for the first times since winning the Breeders’ Cup Turf last fall. Yibir knows Belmont Park well, having won the Jockey Club Derby last September as a warm-up to his Breeders’ Cup victory. This victory led him to his title of Champion Male Turf Horse.

Don’t ignore Gufo here, who finished a nose behind Channel Cat in last year’s Man o’ War. The 5-year-old Declaration of War offspring missed the board once in 15 races (8-2-4). That came with an unusual 10th-place finish in last year’s Breeders’ Cup Turf. He is coming off a two-length win as the 7/5 favorite in the Grade 2 Pan American at Gulfstream Park in April.

Grade 3 Peter Pan in Stage 4 should be a pivotal run in this week’s Cross Country Pick 5. This 1 1/8 mile race serves as local prep for next month’s Grade 1 Belmont Stakes. And it seems to be a contentious run with Western RIver tangling with Rodolphe Brisset stablemate We the People.

An offspring of Tapit and the full brother of the creator of the 2016 Belmont Stakes winner, Western River debuts with graduated stakes in a first outing at Oaklawn Park on April 2. It came on the fifth request with a career Equibase speed figure of 98. We the People, meanwhile, comes in with a miserable seventh-place finish in the Arkansas Derby. Complete Agenda will attempt to give Todd Pletcher his fifth Peter Pan score.

Waiting for him is his stable mate Lemista, the finalist in this race last year. She hasn’t raced in nine months, or since coming out for third place in Category 1 Beverly D at Arlington Park.

The Cross Country Pick 5 comes with a minimum bet of 50 cents and 15% cashout. It is available on ADW platforms and simulcast facilities nationwide.

You can get past performances from Equibase for free for all Cross Country Pick 5 races here.