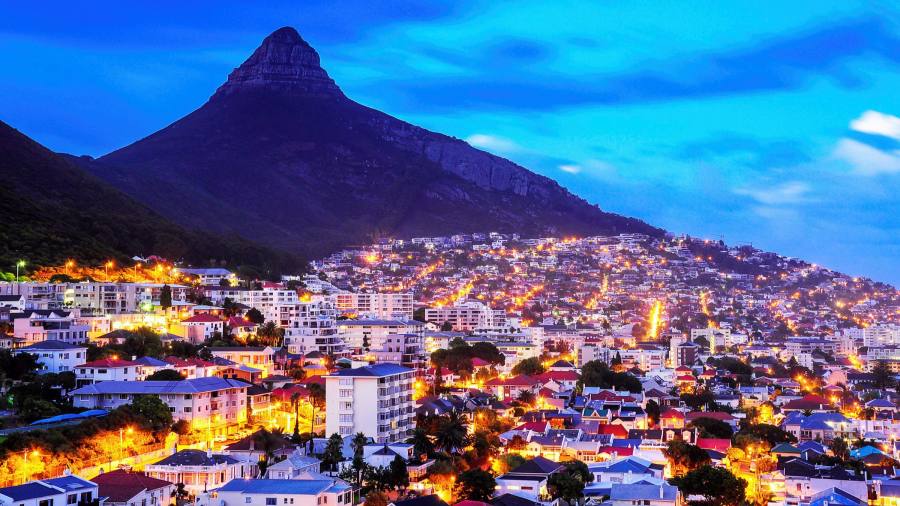 Cape Town is to source electricity from independent power producers, the first South African city to do so and a sign of heightened frustration at the government’s failure to reform blackout-prone state-owned Eskom monopoly.

Geordin Hill-Lewis, the mayor of South Africa’s second-largest city, told the Financial Times that his administration wanted to adopt an “aggressive” pace by purchasing at least 300 megawatts of renewable energy from independent power producers over the course of of the next 40 months. This is a fraction of the 2,000 MW used during the winter peak period.

“We have set a pretty tough schedule because these are brand new deals for South Africa,” Hill-Lewis said. “The way to do that is not to tiptoe through it for the next 10 years – it’s to be really aggressive. And there’s a whole bunch of gray areas that will be solved by being aggressive. »

Power cuts, known as load shedding, have crippled the South African economy in recent years. Eskom, whose aging coal-fired power plants generate almost all of South Africa’s electricity, said it needed 4,000 MW to 6,000 MW of additional capacity to bolster supply. But even an “emergency” program for the utility has failed – the government is proceeding with only 800 MW of an initial emergency supply of 2,000 MW. Gwede Mantashe, the energy minister, opened the door to independent municipal production in 2020, but many were deterred by bureaucracy.

Cape Town, which is under the control of the main opposition Democratic Alliance party, is seeking to upstage the ruling African National Congress as frustration over the slow pace of reform grows. Hill-Lewis called on President Cyril Ramaphosa to “support Cape Town as we get our own electricity”.

Cape Town power projects would relieve pressure on the national grid, but are unlikely to be enough to significantly improve supply. “It’s the important first step, but it’s not yet the crucial last step towards reducing outages in Cape Town, because you have to combine it with storage investments,” Hill-Lewis said. “There will also be a future purchase on storage.”

Mantashe said this week the government would not oppose Cape Town, but analysts still believe bureaucracy could block municipal plans. Hill-Lewis called for clarity from the national government. Already, the South African National Treasury has encouraged them to move forward, Hill-Lewis said. “The language is literally, go ahead – we need this to happen, we need an example of how this works.”

In terms of funding, he said “we’ve had a deluge of offers” to fund the projects. “I’m pretty confident that financing the supply isn’t an issue.”

However, “some of these funding offers require government guarantees, which is obviously another way for the national government to trip us up” if it refuses to issue them, Hill-Lewis said.

Energy is the world’s must-do business and Energy Source is its newsletter. Every Tuesday and Thursday, straight to your inbox, Energy Source brings you essential news, cutting-edge analysis and insider information. register here.

Eskom currently supplies less than two-thirds of its maximum available generation capacity to the South African grid. The utility’s coal-fired power plants are on average over 40 years old. Last year was the worst yet for blackouts in terms of duration and intensity – records which, based on Eskom’s own system warnings, 2022 are likely to be challenging then that the coal fleet continues to deteriorate.

“The biggest mistake Cape Town has made over the past decade was thinking the end of load shedding was imminent,” Hill-Lewis said. “Unless we start developing our own plan, you’re going to get huge [tariff] increases passed on to consumers and lower service availability, which is devastating to the economy.

“Everything you hear about poverty and unemployment in South Africa from politicians is just lip service when you can’t provide electricity for your economy to grow. If cities really want to have an impact on unemployment and poverty, you have to sort out the electricity.