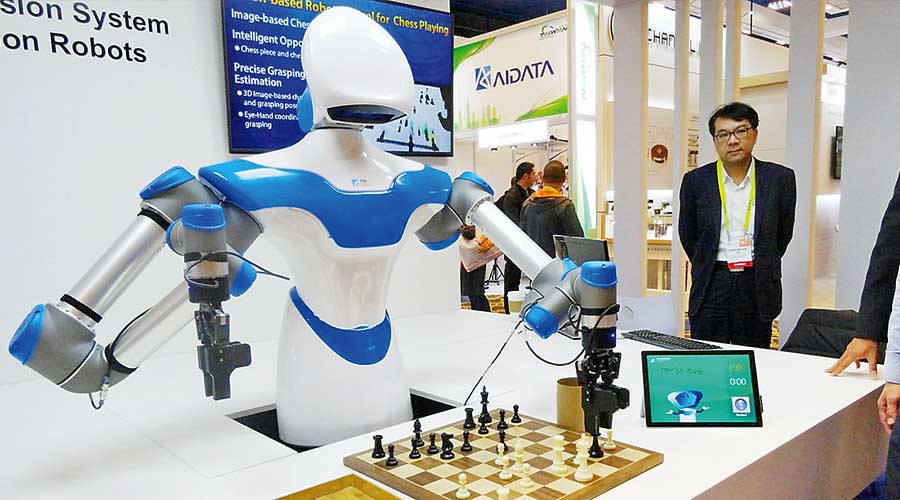 A chess-playing robot snagged and then fractured the finger of a seven-year-old boy during the Moscow Chess Open competition. Moscow Chess Federation President Sergey Lazarev confirmed the incident. “The robot broke the child’s finger – this, of course, is bad,” Lazarev allegedly said. The incident – captured in the video – happened after the boy made a quick move on the board. “The child made a move, and after that you have to give the robot time to react, but the boy rushed, the robot grabbed him,” Lazarev said. Video of the incident shows the robot’s mechanical claw grabbing the boy’s index finger and holding it for more than 15 seconds before people were able to save the boy’s hand from the machine’s grasp. “There are certain safety rules,” said Sergei Smagin, vice-president of the Moscow Chess Federation. “The kid probably broke them in time and didn’t notice when he made his move.” Smagin suggested it was a rare accident, noting it was the first physical incident in 15 years that the robot had played chess against humans. The boy was identified as one of the top 30 Moscow chess players under the age of nine.