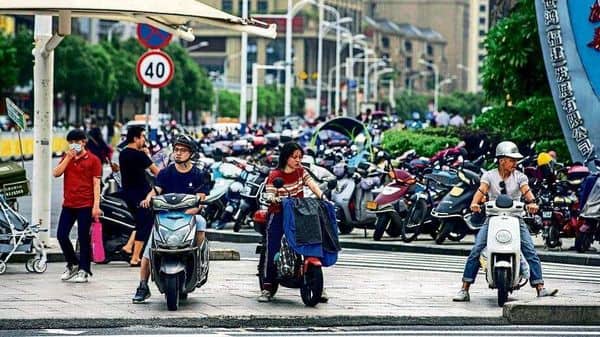 The world’s largest manufacturer of electric vehicle (EV) batteries is getting bigger. Whether he can maintain his global rule will depend on Beijing’s tolerance of a private monopoly in a key industrial sector. China’s Contemporary Amperex Technology (CATL) announced late last month that it was investing nearly $3.8 billion to expand battery capacity in Sichuan province and maintain its global dominance. It started work on an industrial park in Hubei to eventually power up to 4 million electric vehicles. It is also considering factory sites in Poland for a total investment of around 2 billion euros, while Hungary is also vying for a role in CATL’s expansion plans. There is also an ongoing factory in Germany.

With this undisputed momentum, CATL supplies a host of major automotive companies and electric vehicle manufacturers globally, including Tesla Inc. The Ningde-based company’s clout has been well documented: it is the largest manufacturer of cost-effective power supplies in the world.

This could become the company’s most pressing problem yet, given that Beijing has not proven itself in allowing private companies to dominate. It doesn’t help that CATL Chairman Zeng Yuqun and his senior executives were the big beneficiaries of his rally course. As China focuses on anti-trust measures and the resulting problems for its tech giants, one has to wonder if President Xi Jinping can stomach a company with such a grip on market share in this which was considered an essential sector.

The anti-monopoly rhetoric in China goes beyond online platforms. In December, the head of its new office to monitor the concentration of market power said China would step up oversight and enforcement to regulate areas such as technological innovation and information security. . The official said the body would “continue to strengthen the review of cases related to operator concentration to prevent disorderly capital expansion.” This logic, in theory, extends to CATL and Beijing could become uncomfortable with its power. Bad actors or not, no amount of international goodwill or influence helps, as the experience of HNA and Evergrande has shown.

While CATL has benefited from state largesse and electric vehicles, Beijing has not let it operate freely. In November, the Shenzhen Stock Exchange raised questions about a nearly $9 billion share offering the company was planning and asked if it was raising funds “excessively”. Soon after, the battery maker cut its fundraising by billions of yuan and cut on allocations to two projects, as well as working capital. In its response to the exchange, the company said its assets current ones were not sufficient for the planned expansion.

Of greater concern is the ecosystem of component suppliers that has grown up around CATL and relies heavily on it. It started to look like a winner-takes-all pattern. Yunnan Energy New Material Co, a manufacturer of battery separators, announced that it has signed a contract with CATL. The order represents an important part of the company’s capacity and CATL offers prepayment to ensure production and supply. Other companies like Jiangsu Dingsheng New Energy Materials Co and Jiangsu Guotai International, which is expanding facilities in Ningde and Poland, form the hive around CATL.

While this speaks to an efficient and reliable supply network for CATL, it is also a system in which many businesses rely on a primary business as a source of revenue. At a time when manufacturers’ supply chain finance is tight and raw material prices are skyrocketing, this becomes dangerous. Any weakness in demand or grunts in electric vehicle plans, and that could come in the shape of a pear.

Yet CATL represents China’s path to dominance in the global electric vehicle battery industry and new energy sector more broadly. No country or company comes close to this level of scale or efficiency. One of the reasons Tesla was able to get its cars on the roads around the world is because CATL was able to produce the necessary batteries on a large scale, a surprisingly difficult feat. It is also an example of how an important and crucial part of this process is in the hands of China.

Beijing may however have other plans. For example, he wants to create an industrial complex of powerful small and medium enterprises that are dominant players in niche sub-sectors, as he did with traditional auto parts, in order to spread wealth. But even then, he ended up with one or two dominant companies like glassmaker Fuyao Glass Industry, instead of a handful of blue chip suppliers. Or he may want several large battery makers – backed by the state – instead of a few private companies.

But standing in the way of CATL at such a crucial time in the global CE cycle would be foolish, as China would lose the only chance it finally has to prove its industrial strength.

* Thank you for subscribing to our newsletter.