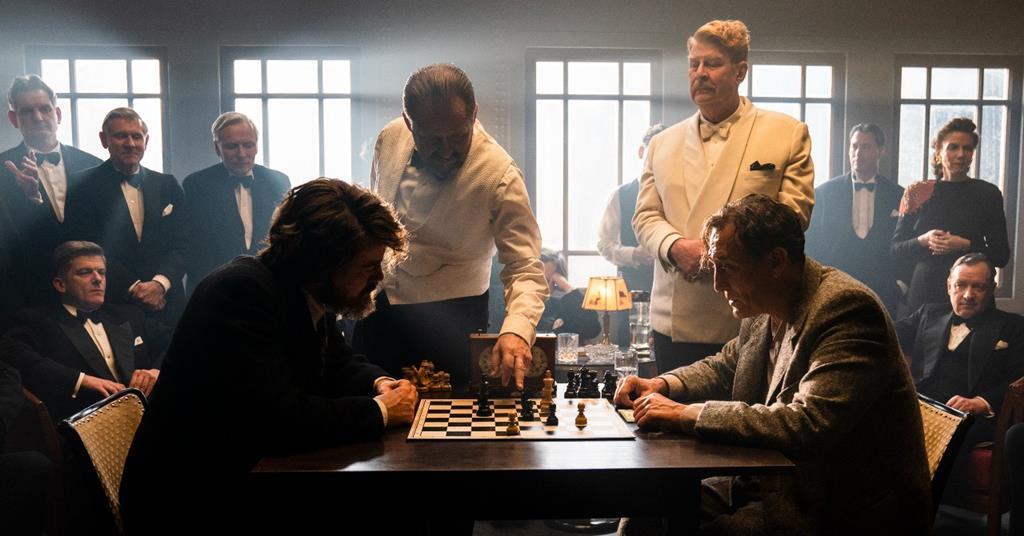 Film Movement has acquired all North American rights, from Studiocanal to Philipp Stölzl’s upcoming war drama History of chesswhich will be released internationally under the title The Royal Game.

Eldar Grigorian adapted the screenplay from Stefan Zweig’s short story of the same name about Dr. Josef Bartok, a lawyer who while on a cruise recalls his earlier torture and imprisonment by the Nazis in Vienna.

After Austria was taken over by the Germans in 1938, Bartok and his wife attempted to flee before being captured and interrogated by the Gestapo, who ordered him to reveal secrets about the possessions of the Austrian nobility.

When he refuses, he is condemned to solitary confinement and discovers a book on chess which helps him to endure hardships.

Oliver Masucci, who starred in When Hitler Stole the Pink Rabbit and Look who’s backstars as Bartok, alongside Birgit Minichmayr as his wife Anna, and Albrecht Schuch as Gestapo chief Böhm.

“We are thrilled to team up with Film Movement on The royal game / History of chess“, Chloé Marquet, Director of Sales of Studiocanal, “We can’t wait for North American audiences to discover this gripping adaptation of cinema and emotion, with its timeless story of resilience and resistance.

Film Movement President Michael Rosenberg added: “The incredible success of The Queen’s Bet shows that chess stories can capture the imagination of contemporary audiences. Stölzl’s reimagining of Zweig’s novel, first adapted for the screen in 1960, is sure to be well received by audiences interested in the game of kings.