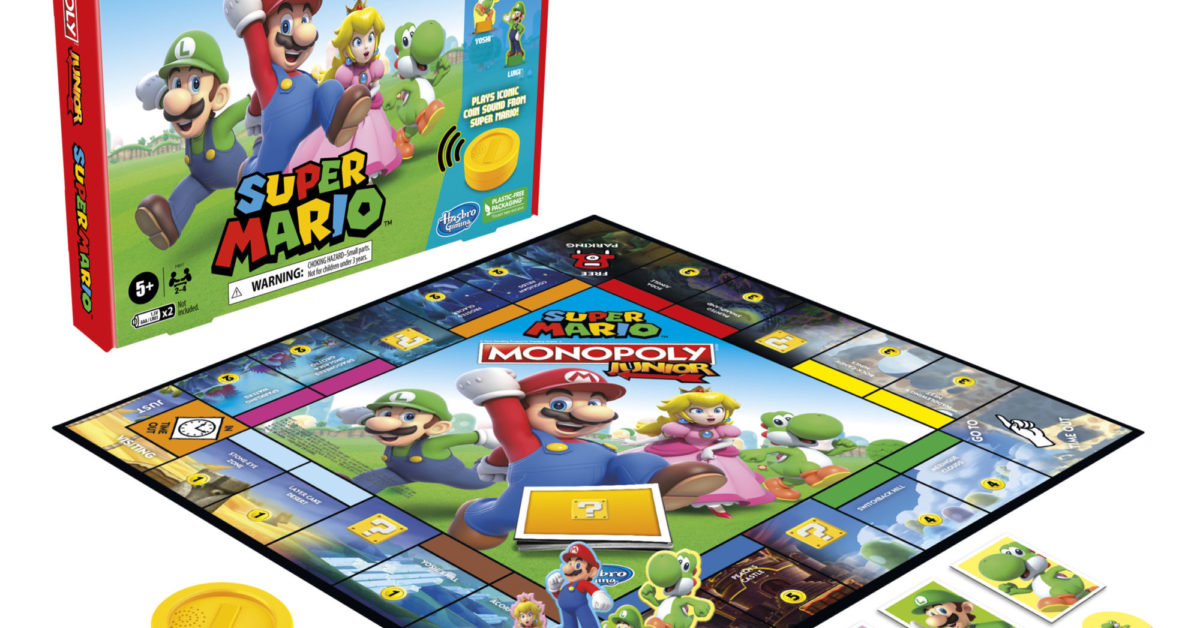 Hasbro revealed a new partnership with Nintendo today as they come together to release Monopoly Jr. Super Mario Edition. The two companies have worked together in the past on a few different titles from the long catalog of games they have in each other’s libraries. The most recent ones that come to mind are the Mario Kart version of Monopolyand the Super Mario version of Jenga. The two kind of twisted the original concepts on their ear and presented the two titles in different ways, so it felt like the original with a bit of a twist.

The same thing happens here as you get a slightly modified version of the Monopoly Kids Edition. You get four iconic characters from the franchise to play as, as you race around the smaller board collecting properties as well as the famous gold coins. At the moment the game is only available as Amazon exclusive, which they sell for around $22. It’s not yet known whether or not they’ll put it on retail, but we can’t imagine they’d hold back from releasing it in stores later this year for the holidays.

the Monopoly Junior The game teams up with Super Mario characters and themes for action-packed excitement! In this Monopoly Junior: Super Mario Edition board game, children can imagine having a fun adventure through the Mushroom Kingdom. They can choose to play as Mario, Peach, Yoshi or Luigi, and move around the game board buying properties and collecting coins. Players roll the power-up die to see if they can press the coin sound unit to hear the iconic Super Mario coin sound and collect coins. This fun game for kids makes a great birthday or holiday gift for Super Mario fans and kids ages 5 and up.

Hello Kitty and her friends have their own version of Monopoly