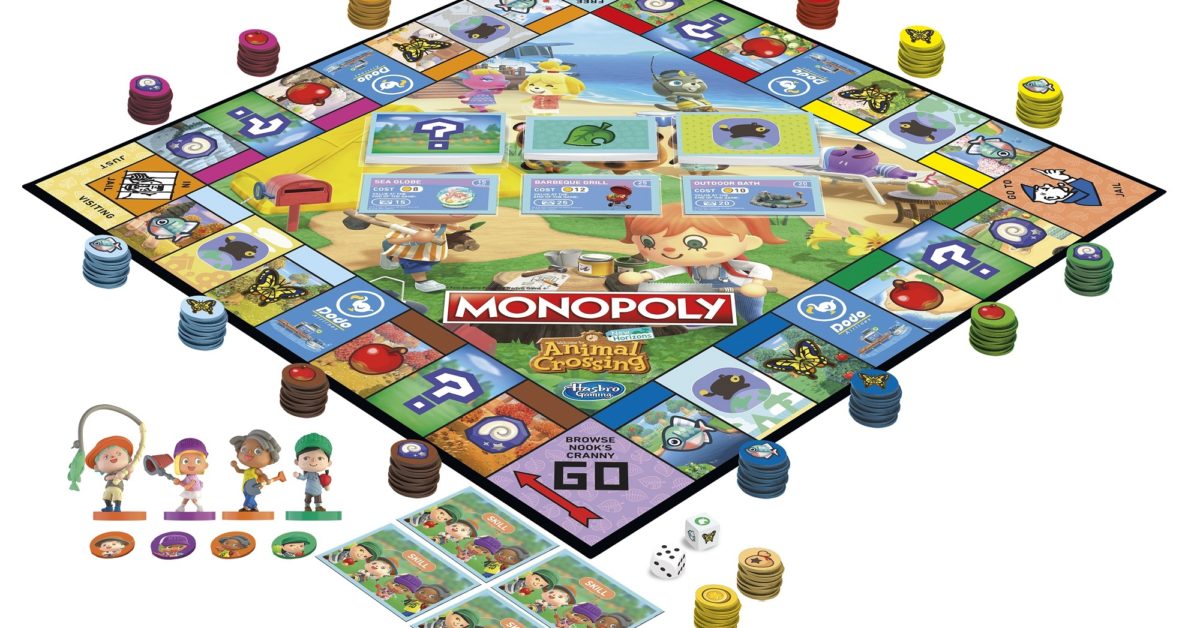 Nintendo and Hasbro reunite again as the company rolls out Monopoly Animal Crossing: New Horizons Edition. Now you too can learn what it’s like to be under Tom Nook’s thumb as you tour the set of one of the most iconic board games of all time. All kidding aside, this is probably one of the most creative ways to apply the rules of the Monopoly game to a different IP. Players will experience island life as new residents move around the island with video game-inspired tokens. In this version, players complete island tasks and meet other characters, but instead of buying properties and paying rent, players collect bugs, fish, fossils, and fruit.

Right now, the game is sold for pre-order on Entertainment Earth for $ 25 and will finally be released in August. We have the official description for you here as we are pretty confident that this version of the game will play out quickly. We look forward to Tom Nook inviting you to purchase a Collector’s Edition with larger coins after winning the game.

In this Monopoly board game, players can enjoy island life and immerse themselves in the colorful and creative world of Animal Crossing: New Horizons. As they move around the board with video game-inspired tokens, players complete island tasks and meet other characters. Instead of buying property and paying rent, players collect insects, fish, fossils, and fruit. They can also stop by Nook’s Cranny and cash in Bells to purchase decorations. The decorations are worth Nook Miles and the player with the most Nook Miles wins the game. Available for pre-order now and at most major retailers later this summer.