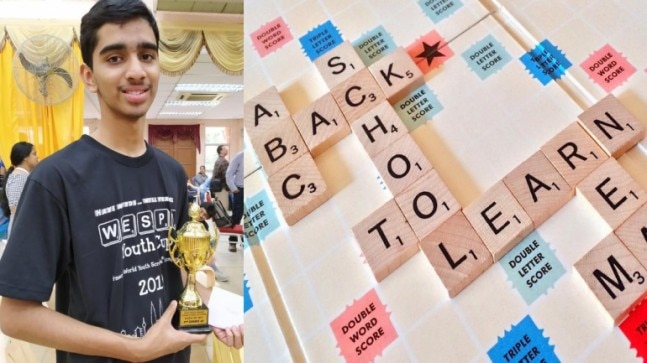 Scrabble, a word game that is usually played between 2 and 4 people, is best known as a family game that is played on weekends or on a rainy day. In recent years, however, more and more people have become interested in playing Scrabble at a competitive level.

Like chess, playing Scrabble competitively is time-limited and therefore requires dedicated practice and training to become a champion.

Indeed, in some countries like Sri Lanka, Thailand and Nigeria, Scrabble is officially recognized as a sport!

What is Competitive Scrabble?

The main difference between Competitive Scrabble and Normal Scrabble is the number of words played. The other difference is the amount of thought behind playing each word. Mathematical probability and strategy play a major role at the highest level.

Competitive Scrabble is time-limited, which means each player has 25 minutes to perform the best moves in a game. Exceeding the allotted time results in negative points.

Unlike most sports, which filter out the best players and culminate in a grand final, the most competitive Scrabble tournaments require all players to play all matches during a given championship (which can last anywhere from 3 to 6 times. days).

The final score of all players is counted at the end of the championship and the emerging winner is the one with the most points.

This format is unique to competitive Scrabble to exclude the element of luck. In any given game, a player may be at an advantage by drawing better letters, which helps them win the game.

However, when all the players have to participate in a large number of games, the element of luck decreases considerably.

Playing competitive Scrabble takes practice and patience, but the benefits are many!

Scrabble training, like preparing for an important exam, involves multiple skills. One of them is the anagram (creation of several valid words from a given set of alphabets).

A disciplined, probability-based study of 2-8 letter words is also involved, developing a strategic approach to the game and learning to apply them in actual play.

In addition to expanding your vocabulary, playing competitive Scrabble has immense benefits on cognition, memory, strategy, and analytical skills.

Often times, people with a solid background in math or who are good at chess find it easy to transfer these skills to the game of Scrabble.

Time management and optimization are additional skills that a Scrabble player develops while playing tournaments regularly. Preparing for a tournament and successfully sitting in it throughout it requires intense concentration and patience, which further helps students devote similar study hours to school.

Scrabble is a fun way to learn a language and therefore improves your ability to understand texts from other disciplines, especially when difficult words are often used.

Playing Scrabble is unique compared to other board games because whether or not you win it gives you a great sense of satisfaction and promotes well-being and confidence when you are able to anagram a high scoring word with it. difficult letters.

Like any other game, Scrabble helps you meet like-minded people, strengthens your social skills, and makes you part of a community that helps your intellectual and social growth.

Scrabble is also an anti-stress because it is a game which engages the mind while promoting the bond between the players.

India hosts several Scrabble tournaments (one per month) and all of them are evaluated by the Scrabble Association of India (SAI). Players get ranking points after each tournament. All players get India Specific Ranking Points (IAS).

In addition, some tournaments are classified international (WESPAC). SAI and the Karnataka State Scrabble Association regularly hold tournaments involving players from all over the country as well as other parts of the world.

– Article by Yash Potnis, a 17 year old student from Deeksha, Yelehanka, Bangalore and a member of the Karnataka State Scrabble Association.

(Yash started playing Scrabble at the age of 10 and has represented India in competitive international Scrabble tournaments since 2015. He made India proud by winning all 3rd placed among nearly 200 players from around the world at the 2019 World English-Language Scrabble Players’ Association (WESPA) Cup held in KL, Malaysia.)

Read: 5 Reasons You Must Go On An Educational Trip To Learn Like You’ve Never Done Before

Read: How escape rooms can help students manage their time and solve problems under pressure