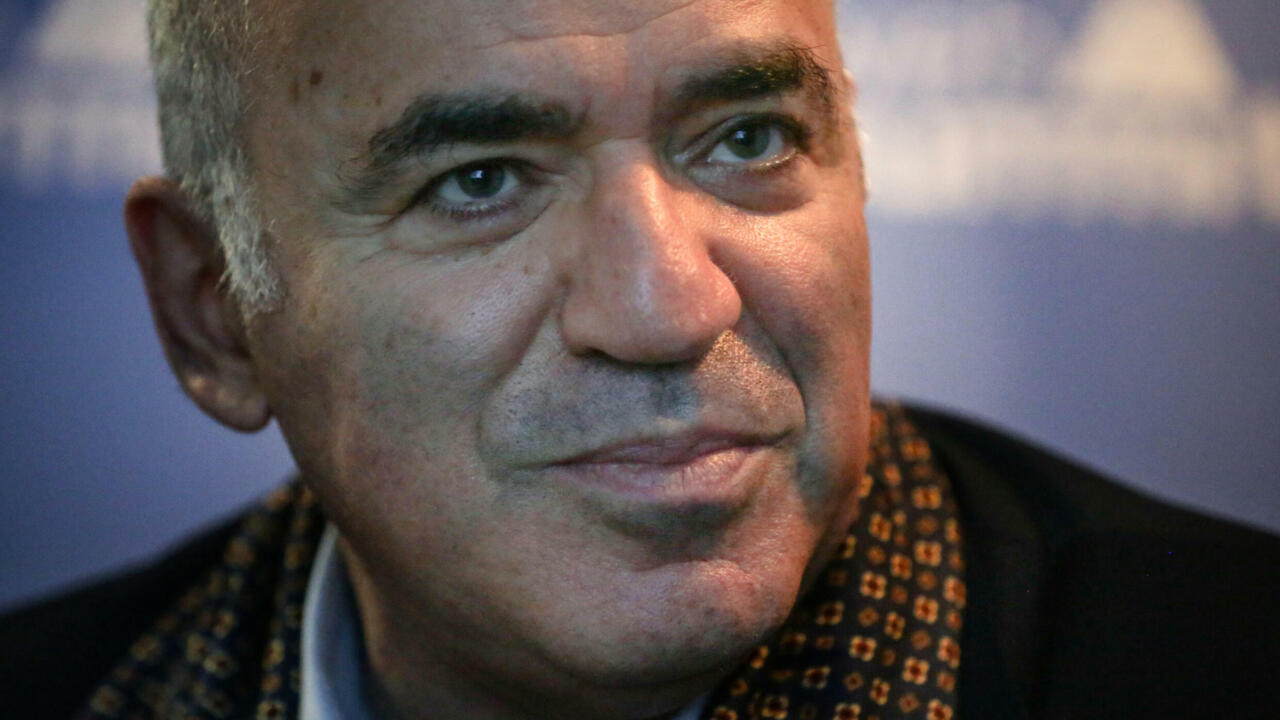 Lisbon (AFP) – Russian chess legend Garry Kasparov has been beaten by a supercomputer, but when it comes to artificial intelligence, he’s a firm believer that humans are the real threat.

Kasparov has remained fascinated with technology since his famous matches against IBM’s Deep Blue computer in the 1990s.

When not busy taking on 10 simultaneous chess opponents at the Lisbon Web Summit this week – easily beating them all in 45 minutes – he spoke to AFP about the growing role of AI in society.

“We live in a world where machines are playing increasingly important roles. Whether you like it or not, it is happening,” he said.

“There is simply no evidence that machines threaten us. The real danger does not come from killer robots but from people – because people still have a monopoly on evil.”

The real threat, says the Kremlin critic, comes “from dictatorial, totalitarian countries and terrorists who will use this technology to harm us.”

While Terminator-style robot assassins remain the domain of science fiction, human rights groups are already pushing for international laws to restrict the use of so-called “killer robots”, predicting that the AI will transform warfare in the years to come.

“It will be painful”

Kasparov can be described as a techno-optimist, but he doesn’t entirely dismiss the fears of AI opponents who fear robots will replace jobs once done by humans, from factory workers to truck drivers.

“It will be painful, there is no doubt about it. I don’t want to sound insensitive, people will lose their jobs. But look at the big picture,” he said.

He pointed to the speed at which vaccines have been developed in response to Covid-19, a meteoric push from work to tackle previous diseases, as something that gave him hope about the power of innovation.

But he called for better regulation around the world to help limit the negative impact of social media and other evolving technologies.

“What I want is a good public debate that will end with recommendations to the government,” he said.

“Because it’s the governments that could legislate to force companies to start doing things that will minimize the damage.”

He spoke amid growing international calls for the immense power of tech giants like Google, Apple, Facebook and Amazon to be harnessed.

Facebook in particular has come under heavy criticism over the leak of documents showing that company executives knew the potential of their sites to undermine the safety of people on many fronts.

Kasparov suggested that authorities have struggled to regulate quickly enough to keep up with the social media revolution in part “because governments view big tech as a source of revenue.”

No matter how we end up regulating social media, he predicted that no legislation can totally eliminate the damage it causes, from hate speech to making teens feel bad about themselves.

“Anyone who tells you that we can eliminate him, it’s absolutely impossible,” he said.

â€œBecause social platforms are the kind of business where conflict is embedded. “