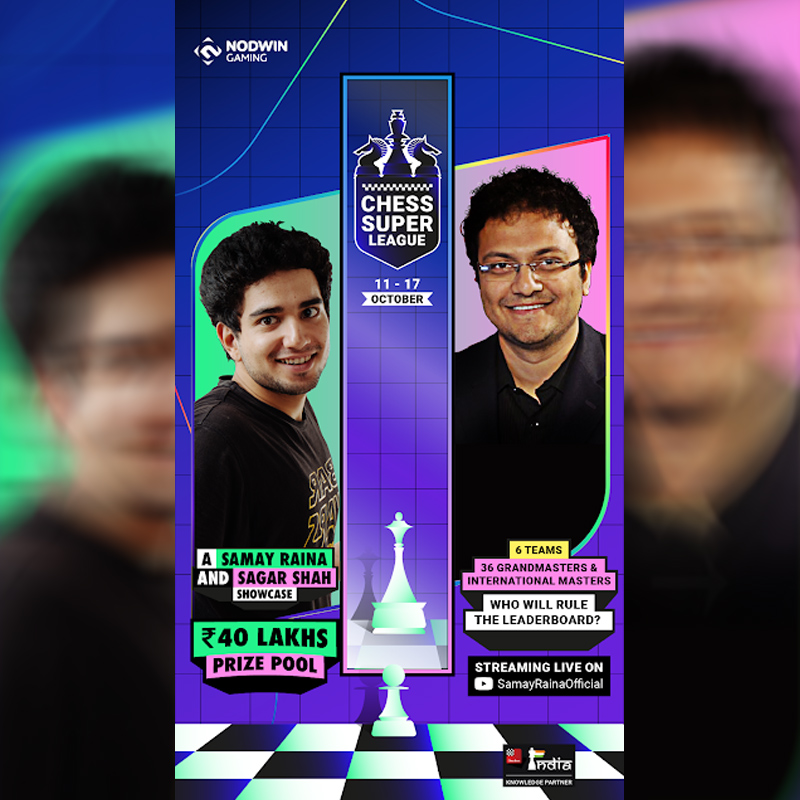 The first season of the Chess Super League will take place October 11-17 from 8 p.m. to 11 p.m., with six Grandmasters from around the world. It will include the top six players from India’s men’s and women’s categories as well as the junior categories. The six teams of six players each will give viewers the opportunity to see the players come together to fight for a jackpot of a whopping Rs 40 Lakhs.

The teams will be led by franchise owners who will support and represent their team through the Chess Super League. First Edition franchise owners include Tanmay Bhat, Raftaar (Kalamkaar), Zakir Khan, MortaL (S8ul), Biswa Kalyan Rath and Shreyas Srinivasan, CEO of PayTM Insider. These franchise owners will act as ambassadors and be the torchbearers of their teams for the entire league, he said in a statement on Tuesday.

“Chess Super League is a testament to the fact that games, esports and comedy have important synergies and will come together in important ways. It is a sample of many such collaborations between the different forms of game entertainment that the world will see, â€said Nodwin Gaming CEO Akshat Rathee.

The league will stream on Samay Raina’s YouTube channel and feature ChessBase India CEO Sagar Shah, and Samay as hosts and commentators. â€œIndian chess is on the rise and experts around the world have called India the next power in the chess world. We have a lot of strong players and young talents. This online league will give more visibility and opportunities to Indian players, especially young people, â€said Sagar Shah, founder of ChessBase India.