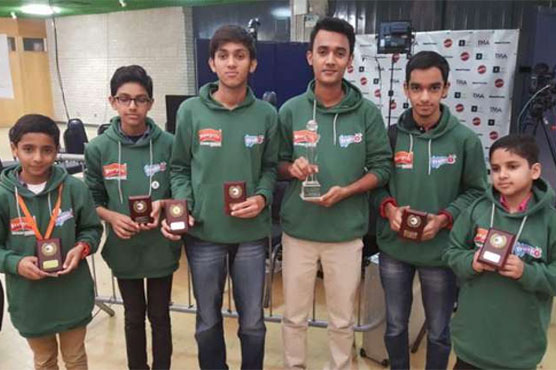 Syed Imaad Ali rose to number one from day one.

ISLAMABAD (APP) – Pakistan were set to seal the World Junior Scrabble Championship as Pakistani players continue to dominate the mega event being played in Torquay, England.

Syed Imaad Ali rose to first place on day one and showed no signs of slowing down. Imaad didn’t give up his position for a minute and remained No.1 throughout Matchday 2, scoring huge wins during the day, a press release said here.

The climax was another massive score of 638 against compatriot Sohaib Sanaullah, who incidentally was the highest rated player in the tournament. Imaad was still scoring over 500 points per game on average, which is almost unheard of for a 13-year-old. By the end of day two, Imaad was clearly in the lead with 14 wins and a huge 1984 gap.

Daniyal Sanaullah confirmed his status as the team’s most improved player by finishing second with 13 wins and a gap of 1279.

As you might expect, the Hadi twins were side by side with 12 wins each. Hammad was 3rd with a best gap of 1232 while Hassan is 4th with a gap of 1018. Sohaib Sanaullah completed Pakistan’s dominance by finishing the second day in 5th place.

Hasbro Launches “Monopoly: The Longest Game Of All Time” Edition