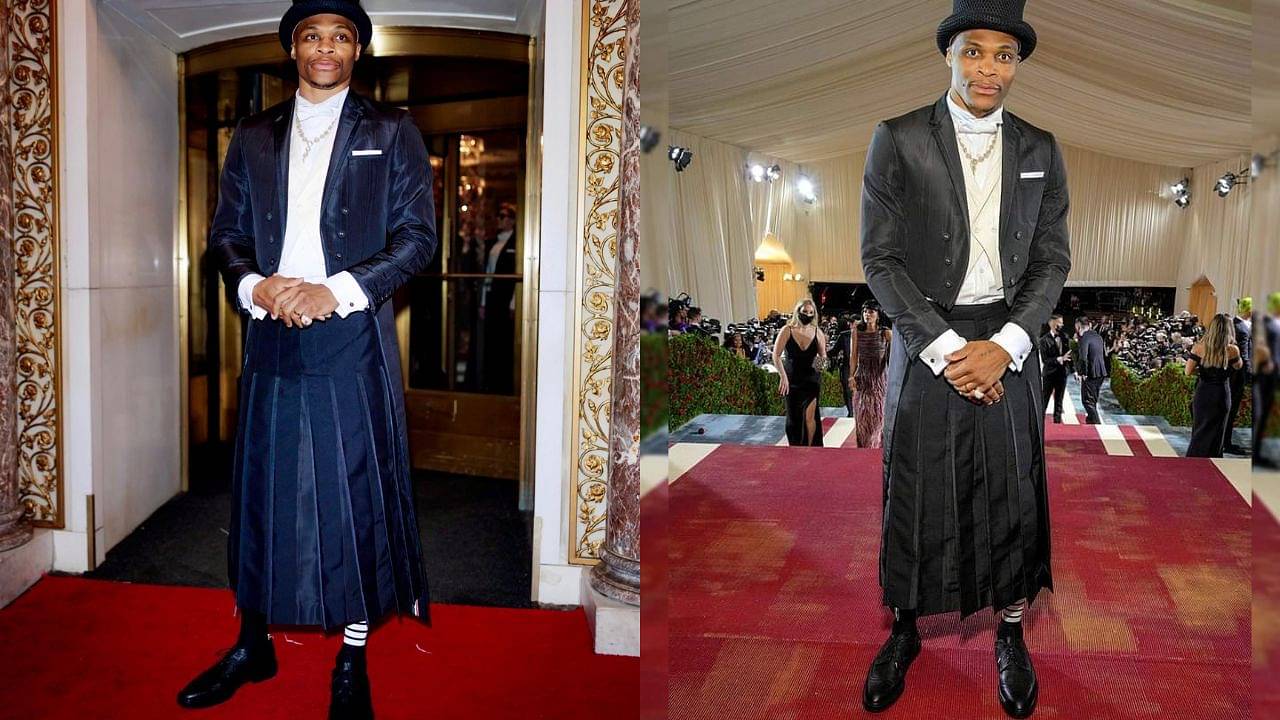 Lakers superstar Russell Westbrook is causing a stir on social media with his latest outfit at the MetGala event.

Controversy’s favorite kid, Russell Westbrook, never fails to grab headlines, whether on or off the pitch. Brodie is not one to play by public perceptions, for which he continues to pay a heavy price. The former MVP is one of the most polarizing athletes in American sports history.

While no one can question Westbrook’s will towards the game, his demeanor and style of play are a constant topic of discussion. The former OKC superstar isn’t shy about speaking out, more often than not getting him in trouble.

However, nothing tops Westbrook’s recent outing with the Lakers. Brodie became a source of ridicule for his turnovers and inability to shoot. It won’t be wrong to describe the two-time world champion’s debut season with purple and gold as horrible.

Nevertheless, the review is not limited to his performance on the court only, his appearance at the MetGala event being the latest example.

Russell Westbrook is turning heads with his recent MetGala appearance.

Adhering to not playing by public perception policy, Westbrook never fails to turn heads with her outfits. While some may applaud him for his audacity, others find it absurd.

During his recent appearance at the MetGala event, the nine-time All-Star was spotted in a rather unusual outfit sending social media into a tizzy.

Russell Westbrook went to the MET GALA as a monopoly piece. https://t.co/YzG00OAGzp

One thing about Russell Westbrook is that he’s going to wear a skirt. #MetGala pic.twitter.com/m8zzIMwqsp

Russell Westbrook seems to come from the 1700s. pic.twitter.com/49AujOa2Xq

Russell Westbrook thinks he’s auditioning for The Luck of the Irish 😂😂 pic.twitter.com/HmDFykSri9

Westbrook would address her fearless take on fashion during a red carpet interview.

Regardless of what people had to say about her outfit, Westbrook radiated confidence on the red carpet. On the professional front, Brodie trade rumors continue to dominate the headlines, with the latest destination being the Charlotte Hornets.

With the recent ousting of head coach Frank Vogel, no one’s job is secure in the Lakers organization except for LeBron James.