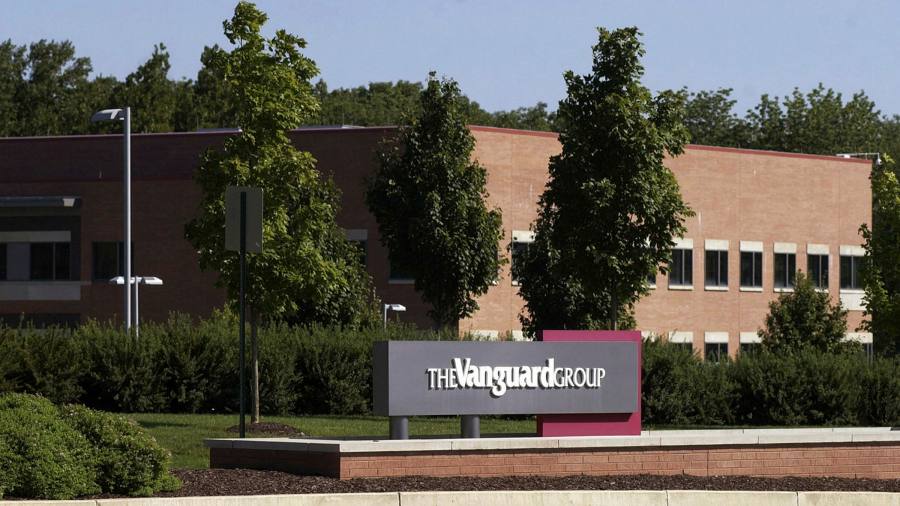 Fears that some investors are subsidizing others could prevent rival fund managers from being allowed to replicate a unique tax-efficient fund structure created by Vanguard.

Vanguard’s patent for the structure expires next year, suggesting rival fund groups may seek to replicate it.

However, while it has allowed Vanguard to launch 70 multi-class equity funds since 2001 with combined assets of $4.9 billion, it is far from certain that the Securities and Exchange Commission, the regulator, will allow any other fund manager to follow suit.

“I think the SEC still has questions about the structure, which should be addressed before we see widespread adoption,” said Barry Pershkow, partner at Chapman and Cutler, a law firm focused on the financial industry.

“It doesn’t seem to me that the patent was the issue,” Pershkow added, given that Vanguard has in the past spoken to other fund groups about licensing deals. “The barrier to entry was the SEC staff. They have concerns about the class grant.

The SEC said in 2019 that it would not drop its requirement that asset managers must first seek a “waiver” from existing U.S. mutual fund rules before launching a “class ETF”. shares”, although this stipulation was brushed aside for regular vanilla. AND F.

The move came as Vanguard already had a waiver to launch any passive share class ETFs it wanted.

The fact that the SEC was unwilling to liberalize its licensing regime, despite the obvious barrier to equal opportunity this created, suggested that its concerns ran deep.

These aim to avoid “conflicts of interest between classes of shares in a fund” to ensure that they “have the same rights and obligations as other classes”.

A potential conflict is that a mutual fund must sell shares if it faces redemptions, which incurs trading costs, but an ETF may instead deliver a batch of securities to an authorized participant, the market makers who act as intermediaries for ETFs.

“As a result, while some of these costs may result from the characteristics of one share class or another, all shareholders would generally bear these portfolio costs.”

Pershkow believed the SEC gave Vanguard the go-ahead “before staff and the commission had enough notice to really understand the implications of the structure.” The SEC declined to comment for this story.

The arrangement provided clear tax-deferral benefits for investors, however, due to a quirk in US capital gains tax regulations.

When mutual fund investors redeem, the sale of the underlying holdings in a “cash” transaction potentially triggers tax liability for all investors, even those who do not redeem.

In contrast, the in-kind transactions that ETFs typically engage in mean that the trading activity occurs outside of the fund, so there is no tax “pass-through”.

By bundling a mutual fund and an ETF, Vanguard is able to siphon stocks that have appreciated from the mutual fund into the ETF and eliminate them through an AP, so the tax liability is not not triggered.

“That was the origin of the Vanguard plan. They started this because they had a huge amount of accumulated capital gains and were like, ‘Can’t we take it out?'” Pershkow said.

The widespread adoption of equity class ETFs could also solve another problem for fund providers. Over the past 18 months, a handful of managers, led by Dimensional Fund Advisors, have converted existing mutual funds into ETFs to take advantage of the latter’s growing popularity.

However, the expected rush of conversions did not happen. This distrust seems to be due, in part, to fears that a changeover could drive away investors who prefer mutual funds. Adopting the Vanguard structure solves this problem by allowing all investors to choose their preferred share class.

Despite this, few managers can attempt to follow Vanguard’s example.

Johnson believed that most managers who might have been interested in doing so, such as T Rowe Price and Fidelity, had already launched ETF replicas of their mutual funds.

Moreover, “the potentially negative tax leakage resulting from outflows from the mutual fund is enough to prevent many from trying to use this structure,” he argued.

Johnson said Vanguard had had discussions in the past about licensing the structure to others, even reaching a deal in 2015 with the USAA, which ultimately decided to launch standalone ETFs instead.

“We’ve seen limited interest in this structure in the past,” Johnson said.

He felt it worked well for Vanguard because the Pennsylvania group has never “been plagued by capital outflows that could have triggered significant tax losses.” Fund houses with more nervous investors might not fare as well.

Additionally, while an ETF share class can potentially stem systemic outflows from a mutual fund complex, Johnson said any suggestion of superior tax efficiency is a “moot point” for managers whose distribution was primarily through tax-advantaged pension plans.

“Never say never, but from conversations I’ve had with people in the industry, I don’t think we’ll see a lot of asset managers looking to replicate that structure,” Johnson added.

“Fees on mutual funds are higher on average than on ETFs,” so managers risked “potentially losing a large portion of their revenue” if they adopted the structures and existing investors switched to the ETF class.

However, Pershkow said “several” asset managers were actively looking to emulate Vanguard’s structure — if they could win the SEC.