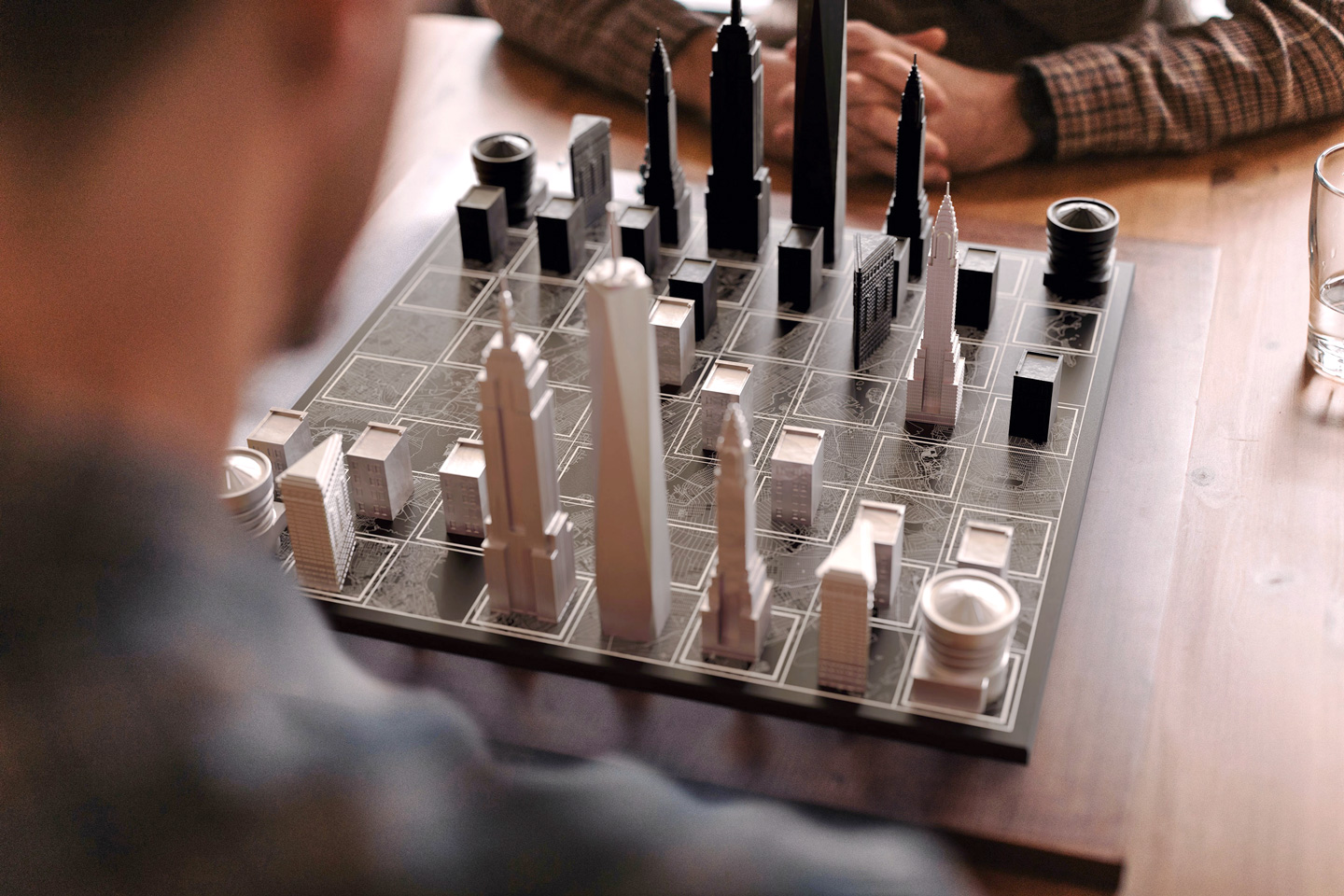 Imagine the Harry Potter chess setâ€¦ but with Muggle architecture.

With 6 cities to choose from, scattered across North America, Europe and Asia, the Skyline Chess Set makes the game of chess a little grander and classier than you might think. The tray comes with its patented checkered design, but abandons conventional army-inspired chess pieces for scaled-down replicas of iconic landmarks like the Burj, Eiffel, London Eye, and the Empire State Building.

The game of chess converts city skylines into chess players, with entire sets dedicated to iconic buildings in New York, San Francisco, Chicago, London, Paris and Dubai. Skyline chess sets allow you to play either as a singular city (the board is actually a visual representation of the city map) or to fight between two cities, finally settling the debate on which is better. – New York or London!

Each Skyline chess set comes in a variety of materials, with pieces in acrylic, stainless steel, or even luxurious bronze, and chess boards made of cardboard, wood or marble. Fans of true blue architecture can even grab the brutalist editions of the game with cast resin pieces painted in the iconic Concrete Gray!

Combining the age-old popular strategy game with the everlasting beauty of architecture, the appeal of Skyline Chess is not only in the gameplay, but also in the fact that it makes a magnificent table setting. While chess sets are only available in 6 cities at the moment, the folks at Skyline Chess are actively expanding their collections with upcoming editions featuring Tokyo, LA, Hong Kong and Shanghai!

The Guardian’s take on a chess renaissance: It’s not black and white | Editorial