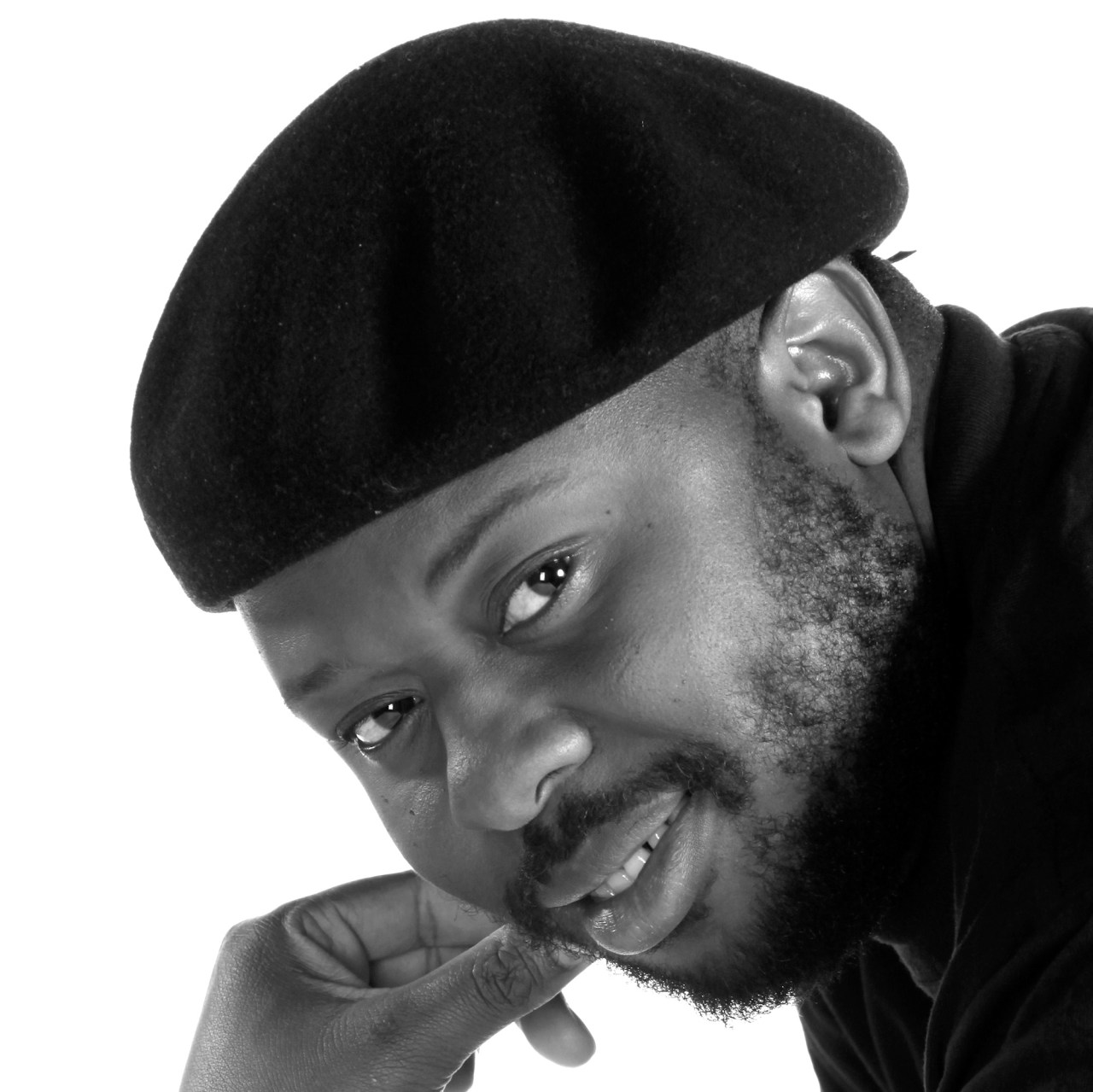 The ANC chess games are good…

I have always maintained that South Africa only has a functioning government for two years out of the five prescribed by the Constitution, that is, the first two years. How? ‘Or’ What? After the general election and the installation of the new Cabinet, we have a year to “get used to portfolios” and generate policies. This is common in all portfolios, as ministers rarely continue where a predecessor left off. As a result, we always take two steps forward and one step back.

The second year is when office holders actually begin to deploy the programs devised by their advisors. But two years after the national elections, the country must organize local elections. This makes the second year of national government another lost year as parties begin to focus on the election campaign and, worse, the ruling party is tempted to use the machinery of government for its campaigns, from civil servants deployed to budgets.

The year following the local government ballot is the year the African National Congress prepares for its leadership change in anticipation of the upcoming national government leadership vote. This is the year we see all those desperate for positions on the ruling slate busying themselves with their campaigns ahead of the party’s National General Council and Elective Conference later in the year. Again, government functionality is being rolled out as those preparing the slates move around trying to position themselves. In this scenario, the South African electorate are simply what jurist Vuyani Ngalwana calls “sacrificial lambs on the altar of political expediency”.

After the ANC elective conference, you are likely to get a leadership change that will ripple through the direction of government. This is the period when South Africa twice experienced what I call ‘transitional leadership’. Such a transitional government is the child of factional ANC conferences. We saw it in Polokwane’s ousting of Thabo Mbeki as party president, and it was repeated in Nasrec’s ousting of Jacob Zuma. The action against them led to their removal as heads of state before the end of their legislative term.

Thus, for three out of the five years that each elected government is expected to serve, South Africa and its citizens and various machinery of government become pawns in the chessboard strategies of ruling party members strategizing for positions for themselves or to put their constituents in power. That moment has returned as the party prepares for a showdown at its elective conference later this year.

What history has taught ANC presidents since that landmark Polokwane conference is that survival is key. This knowledge must give current incumbent Cyril Ramaphosa sleepless nights. Axes have been grinding for him since he took the helm, and he presides over a divided house. It’s an uphill battle – his comrades have gone so far as to accuse him of being a stooge of white monopoly capital. It’s an image he must shed if he is to survive what happened to his predecessors – though he may take solace in the knowledge that they only fell in their second terms. To win, Ramaphosa has no choice but to resort to his own chess moves.

He’s pulled off a few grandmaster moves so far, to the frustration of some comrades and their slates who underestimated his mastery of the grand game of ANC chess.

First, he needed a decision that would get the kingmaker of the opposing clique, General Secretary Ace Magashule, out of House Luthuli in the desert. Magashule’s case in the Free State asbestos scandal will begin with a preliminary trial in June. Litigation having to be a media spectacle, it will undoubtedly drag on strategically usefully towards the conference, thus curbing its ambitions.

The second move that would destabilize Magashule’s power was to send someone with an ax to grind to lead a “unity and renewal” pow-wow with the Free State Interim Provincial Council (PIC). It will be recalled that former president Thabo Mbeki’s Polokwane ambitions were blindsided by the Premier League’s Magashule-led clique, which included North West’s Supra Mahumapelo as well as Mpumalanga’s David Mabuza.

Mbeki’s conversation with the PIC ended with a recommendation for members to re-enroll. The result drove the narrative that there is disunity in the province that can be traced to those who run it – and it came with a recommendation to get rid of the “thugs” who had penetrated the movement. The level of support Magashule enjoys during his court appearances will show whether Mbeki’s stint as a Ramaphosa Free State knight in shining armor has been effective.

Besides Magashule, there are other potential pieces aimed at the king’s head that need to be mastered. Let’s look at Lindiwe Sisulu’s recent attempt to start a quest for the highest position at Luthuli House. In its attempt to ride the wave of radical economic transformation rhetoric and position itself as a voice against white monopoly capital and its lackeys, Sisulu wrote an attack on the South African justice system, accusing some of its members to be captured and to have a “house nigger”. “mentality.

His ambitious play was cut short by a diagonal move from the bishop which saw Acting Chief Justice Raymond Zondo call a press conference to shoot down the minister’s bid for attention. Will the descendant of ANC royalty make a comeback? December, when the ANC normally holds its elective conference, is still months away.

David Mabuza, heir apparent to the presidency of the ANC and the post of number one citizen of the republic, seems to have survived the many lives he should have been able to secure as the crafty cat he is supposed to to be. It appears his decision to back Ramaphosa in Nasrec for which he was given the vice-presidential post – for both the ANC and the country – has not entirely worked out to his advantage. The man was overshadowed by his principal.

He was also most notable for his absence, from day one. He didn’t make his mark as head of government business in parliament – a role that could have positioned him well. His recent request to take over as head of Luthuli House, a move that may have worked to his advantage in helping him reconnect with his pal Magashule, was thwarted.

Ramaphosa was recently in Mabuza’s former stronghold, Mpumalanga, and using the power of the NEC, had the Provincial Executive Council dissolved. In what Ramaphosa could see as a coup, regional task force official Mandla Dlamini – who is also looking to position himself – threw his weight behind the president.

Is Mabuza likely to return in any capacity? If he still possesses one of the qualities that made him Mpumalanga’s most feared leader, perhaps he will. But as things stand, he has quietly become a pawn on the Thuma Mina slate.

So far, it seems Ramaphosa and his “CR24 Again” players have been smart tacticians on the black, green and gold board. The only missing piece is a big name to stand by his side. He will need someone who is revered inside and outside the ANC.

Ramaphosa will remember Mangaung where Jacob Zuma, facing criticism and media onslaught, needed a credible running partner. Ramaphosa himself has had his fair share of criticism and there have been calls to his head. From this comes the name of Jeff Thamsanqa Radebe. Being an ANC veteran, a government veteran as well as a trusted ANC political mastermind and tactician, the mention of Radebe’s name serves the Ramaphosa faction very well. Whether this reflects the agenda of the Fourth Estate – which has been accused of being an ally of Ramaphosa – or whether it is the wish of the movement, or even a decision of the Ramaphosa faction, for that we will have to wait for Radebe to declare his position. in this game of chess.

Jacob Zuma is said to be a great chess player. His strategy in his litany of cases has often been praised by his fanfare as a reflection of his understanding of the game.

Being at the head of the ANC requires knowing who are the ruthless knights, who are the defending bishops, who is the queen – the kingmaker next to you – and who are the sacrificial pawns? By the end of the year, the game will be clearer. DM