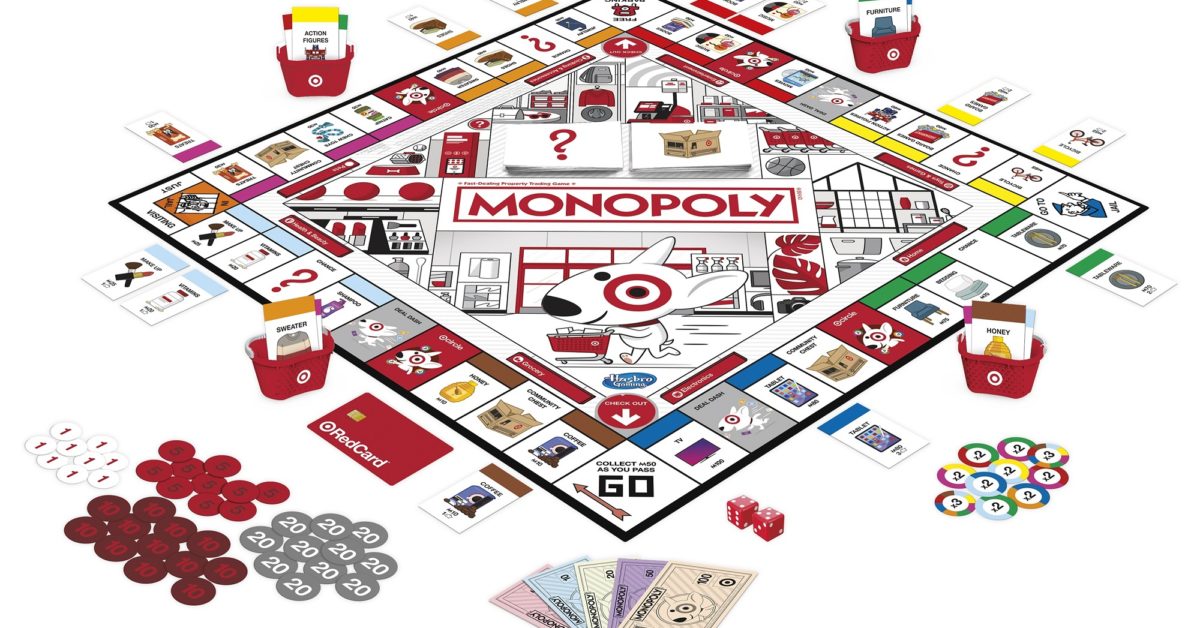 Just in case you’re the kind of person who loves Monopoly and shopping at Target, Hasbro made a version of the game for you. As you can expect from the look of the box cover below, Monopoly: Target Edition is a fully Target store-based version of the game, co-developed by the two companies to â€œencapsulate the unique and joyful shopping experienceâ€. This version of the game is basically the same one you’ve always played, but this time around, players will walk through different sections of the store while moving around the board collecting as many Target Circle items and tokens as possible. As you can see from the images below, even some of the tokens are game themed as you have a shopping cart, a coffee mug, and even the Bullseye mascot (who also sits on the cover).

Target is offering the game on presale starting June 25, with the game slated to release exclusively in its stores on August 1. Here are some quotes from this morning’s announcement.

“Monopoly: Target Edition is the latest example of how we’re always exploring new ways to spark moments of joy with all of our guests within our curated assortment of fan-favorite and Target-exclusive games and toys, â€said Nik nayar senior vice president, hardlines, Target. “Thanks to the collaboration between Target and Hasbro, guests will experience the magic of Monopoly with all the excitement of the ‘Target Run’ at the table. “

â€œHasbro is excited to team up with Target to bring their unique shopping experience to life in a whole new Monopoly game “, said Jeff Anderson, Senior Vice President and General Manager of Hasbro Gaming, “Monopoly: Target Edition allows consumers to enjoy a Target Run at game nights with friends and family, where instead of buying properties, you search for items and save the most money to win! “