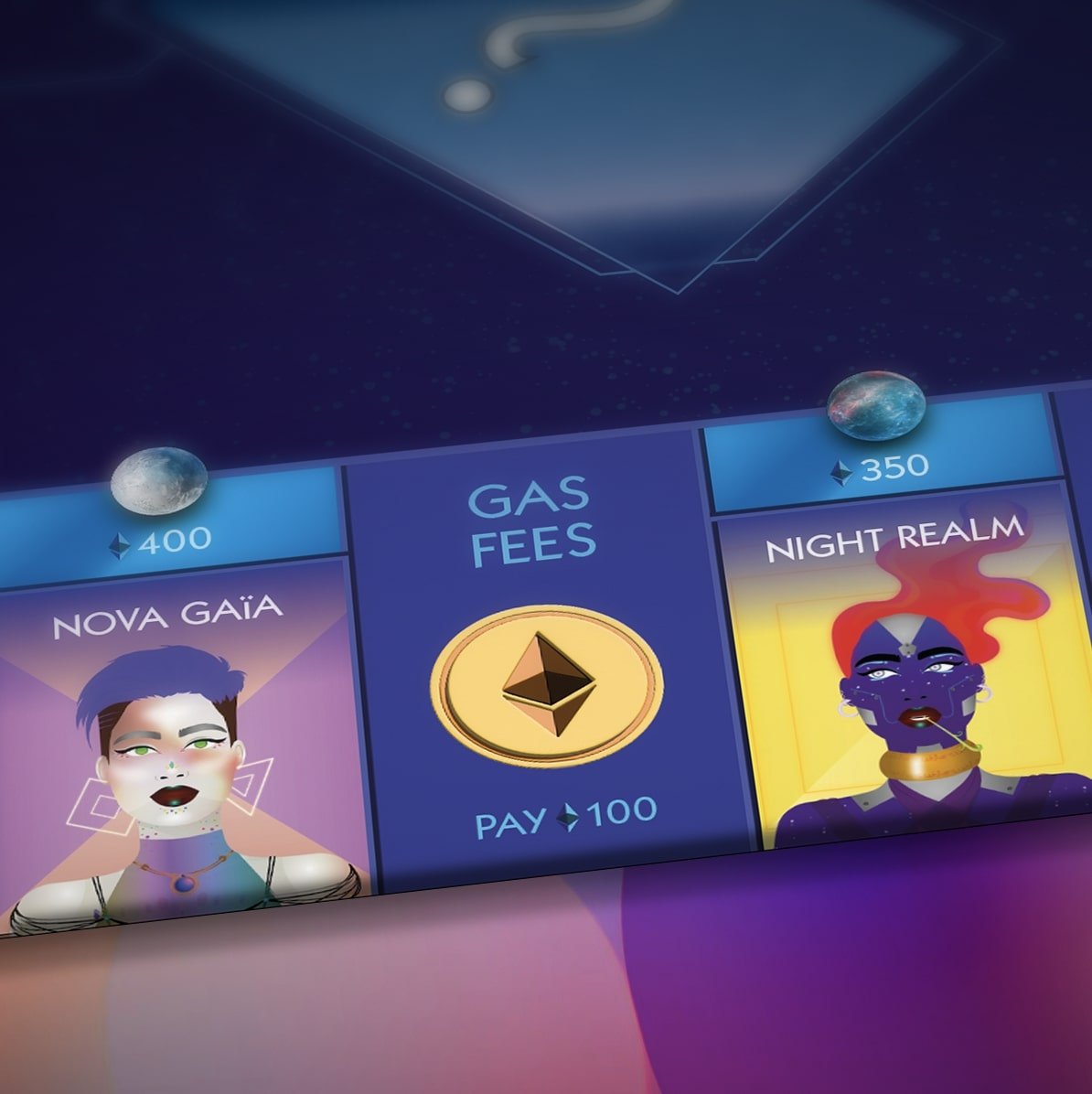 The World of Women (WoW) NFT Collection today announced a partnership with Hasbro and WS Game Company to create a one-of-a-kind Monopoly. While Hasbro is a global games and entertainment company, WS Game Company is a premium board game maker. This exceptional partnership is the first of its kind for Monopoly and the NFT industry. Find out all about the new World of Women Galaxy Monopoly game:

What is World of Women Galaxy Monopoly Game?

“Partnering with a historic brand like Monopoly is an incredible opportunity for our collective and our community,” said WoW co-founder and artist Yam Karkai. “Like the WoW franchise continues to grow, we are honored and excited to be in business with a category leader like Monopoly for World of Women Galaxy.

Initially, World of Women will be dropping the Monopoly game as an NFT. Later, NFT holders can redeem the digital asset for a physical version of the limited-edition board game. WS Game Company will manufacture and distribute all physical board games.

“Partnering with another female-led company for an initiative in a historically male-dominated industry is a great opportunity to ensure equal representation across multiple industries,” said Kerry Addis, Co-Owner and Vice President of Product Development, WS Game Company.

What does this mean for the NFT industry?

World of Women’s latest partnership is the first of its kind for the NFT industry. Already, some of the biggest brands across all industries have made inroads into the NFT space, including sports, fashion, entertainment, and more.

Now WS Game Company, founded in 2000, is a major contender in the board game space. Holder of an authorized Hasbro license, it has produced a range of high-end games for all generations. This includes Monopoly, Scrabble, Clue, Chutes and Ladders, and Risk, to name a few. So, WS Game Company’s entry into the NFT space means big things for the industry as a whole.

As Addis put it, “The partnership not only marks the growth of NFTs in the consumer product space, but also opens up countless new digital possibilities for the board game industry.”

About the world of women

Launched in July 2021, women’s world is a premier NFT collection featuring 10,000 diverse female NFT avatars. Since its launch, the NFT Project has grown into a brand and community advocating representation, inclusivity and equal opportunity for all. Earlier this year, the project also launched a second collection, World of Women Galaxy, featuring 22,222 futuristic women.

What else, Former Madonna manager Guy Oseary, currently represents the project. Almost a year after its launch, the project has forged emblematic partnerships. This includes The manufacturer, Jazzware, The sandboxand Billboard. The project also counts Reese Witherspoon, Eva Longoria, Shonda Rhimes, Gary Vaynerchuk, Pranksy and many more as collectors.

Are you tired of missing significant NFT drops?

Check out our NFT schedule!

Get the biggest NFT news of the day and recommendations in our Daily newsletter.

All investment/financial opinions expressed by NFTevening.com are not recommendations.

This article is educational material.

As always, do your own research before making any type of investment.

Play Scrabble in the Thunderdome